5 Things you might not know about male pattern baldness 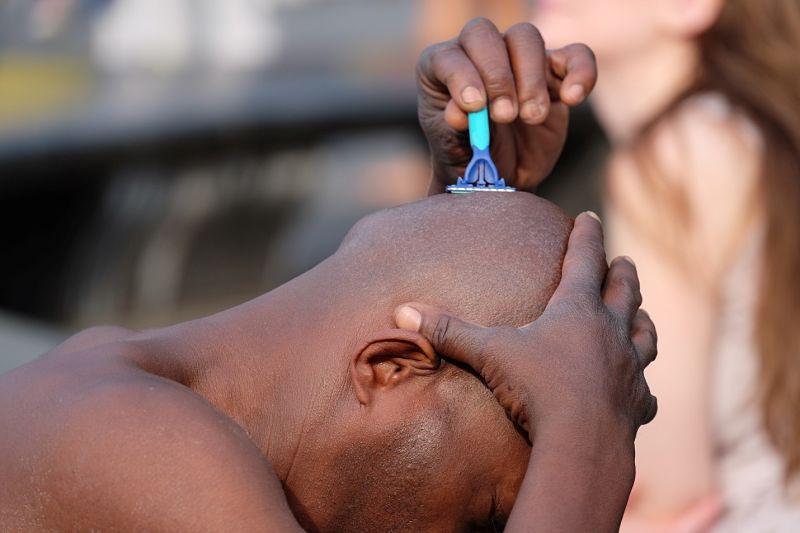 Male pattern baldness is incredibly common, but you don’t have to simply accept it. Read on to learn more and discover the treatments that actually work to stop hair loss in its tracks for the majority of men.

5 Things you might not know about male pattern baldness

When it comes to men’s health, male pattern baldness (MPB) is one of the most common sources of stress, anxiety and low self-esteem. Also known as androgenic alopecia, male pattern baldness is widely considered to be the result of a hormonal imbalance which shrinks and weakens the hair follicles - particularly along the hairline and scalp - and leads to partial or full baldness. This process is known as follicular miniaturisation.

Read more about the signs and causes of male pattern baldness, as well as the FDA-approved drug Propecia (Finasteride) that has been shown to prevent further hair loss, and even promote re-growth in some men.

There Really is a ‘Pattern’

There are many possible causes for hair loss. Poor diet, low-quality hair-colouring products, stress, heat damage from hair straighteners, smoking, and the use of certain medications can all cause your hair to fall out. Even heavy air pollution can sometimes damage the proteins in the scalp leading to hair loss.

While these things tend to cause hair to fall out in sporadic and irregular patches, male pattern baldness follows a far more recognisable path - hence the name. Before hair stops growing completely, it becomes thinner and weaker. For some men, this will begin with a single bald spot in the crown, while for many others it begins along the hairline, and temples and recedes from the forehead to form an “M” shape. Either way, the hairline will begin to recede leading to more and more hair loss over time. While most men retain hair in on the very back of the heads indefinitely, many of those suffering with MPB will ultimately lose hair everywhere else on their heads. The Hamilton-Norwood Scale is a way of describing at what stage someone is in this process as well as the specific pattern of hair loss.

It Can Start Early

Although male pattern baldness can begin at any age, there are points in your life at which the risk increases.

When you reach your twenties, for instance, you have about a 20% chance of developing male pattern baldness, and by the time you are in your fifties, the risk will have risen to 50%.

Whether you begin to notice the signs early or later in life, for a lot of men losing their hair can be a devastating blow to confidence and self-esteem. The speed at which it progresses varies significantly from person to person - for most it will happen over 15-25 years, but some men will lose the majority of their hair within 4 or 5 years - and this is especially true for those who notice the signs early. It is important however to distinguish between MPB and a maturing of their hair line - the latter is merely a natural reshaping of the hairline that occurs for some men in young adulthood but does not involve miniaturisation and thus progresses no further.

Male pattern baldness accounts for over 90% of all hair loss found in men, and 70% of men will experience at least some degree of hair loss before they reach forty.

While it is true that having a family history of male pattern baldness significantly increases your risk of developing the condition at some point in your life, it’s a common myth that the genes are solely inherited through your mother’s side of the family. In reality, MPB is polygenic.

It is worth noting that pattern baldness can also affect women, though this is nothing like as common, and the treatment is very different.

Dihydrotestosterone, or DHT, is a sex hormone responsible for the development of male characteristics - particularly during early development.

Around 10% of testosterone is converted into DHT, which means that anyone suffering from excess testosterone will have higher levels of DHT. The trouble is, while DHT is useful in the growth and development of infants and pubescent males, an excess of DHT in adulthood can have a new negative effect on men’s health - and their hair.

If the production of DHT in your body is not restricted, it can cause the follicles on your head to shrink, leading to male pattern baldness.

There Are Treatments Available

The good news is that, amongst the snake oil products and bogus home remedies, there are medications capable of mitigating the effects of male pattern baldness. Propecia is a branded version of the drug Finasteride and it works by inhibiting the production of DHT in the body. When taken orally, Propecia tablets will significantly reduce hair loss and, if taken consistently, can even cause hair regrowth in some men. In a clinical study, Propecia tablets caused around two thirds of men to regrow lost hair.

There is significant clinical evidence demonstrating the success of using Propecia and Finasteride in general, and it is widely believed that it is a far more effective treatment for male pattern baldness than topical solutions for hair loss, such as lotions and shampoos. Minoxidil is the only other FDA approved treatment backed by solid research, but it has been proven to be far more effective when used in conjunction with Propecia or Finasteride.

If you are suffering from male pattern baldness, you can buy finasteride or the popular branded version Propecia at Anytime Doctor. Your DHT levels will begin to go down from the first day of treatment, but results tend to be visible after three months of continued use.